Flattening of the cross-section of the tubes is caused by the distribution forces through the bend and can be greatly reduced by using the appropriate inner insert (mandrel) and setting them up properly.
The flattening can be monitored by using the coefficient of ovalness: 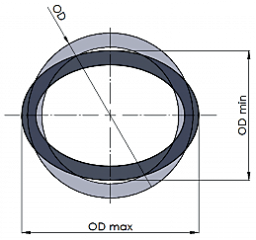 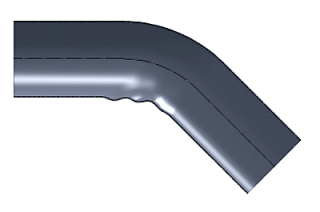 There are many other factors which can lead to the thinning of the walls during a bend. The parameters of the tube bending are crucial (OD, CLR, WT), but there is also a significant impact from the tools and how they are set up. The materials of the tube and the equipment used should also be considered.
The calculation for the thickness of the walls on the outer radius for the bending depends on many relationships. In essence, all are only theoretical and neglect external influences. An example of one of them is below: 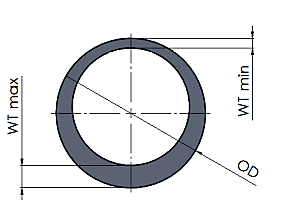